Image (C): A.A. SOURCE: FOREIGN BRIEF Today marks the conclusion of a five-day general strike in Ethiopia’s Oromia region, led by the Oromo Federalist Democratic Movement, which claims to represent the interests of the Oromo, the country’s largest ethnic group. The strike comes a year after hundreds of thousands of Ethiopians took to the streets to protest land reform that would have displaced thousands of ethnic Oromo farmers. Protestors also object to their lack of politica

Ethiopian musician Tewodros Kassahun (Teddy Afro) has been denied a permit for his New Year’s Eve concert. Teddy Afro. Photo: AP Photo/Mulugeta Ayene SOURCE: MUSIC AFRICA The concert, which was to take place on 10 September at the Addis Ababa’s Millennium Hall, was expected to draw more than 10 000 people. The artist was reportedly to receive $76 980 (1.8 million birr) from organisers of the event Joy Events and Promotion PLC, which sent an application for the concert at the 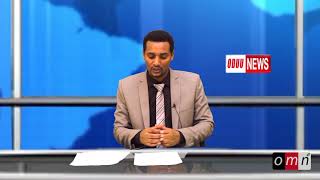